ASF invites friends to get closer to the artistry of playwrights through Play Club, part of ASF Insights. ASF recorded insightful online seminars with expert (actor/director) and a scholar on the playwright and material. 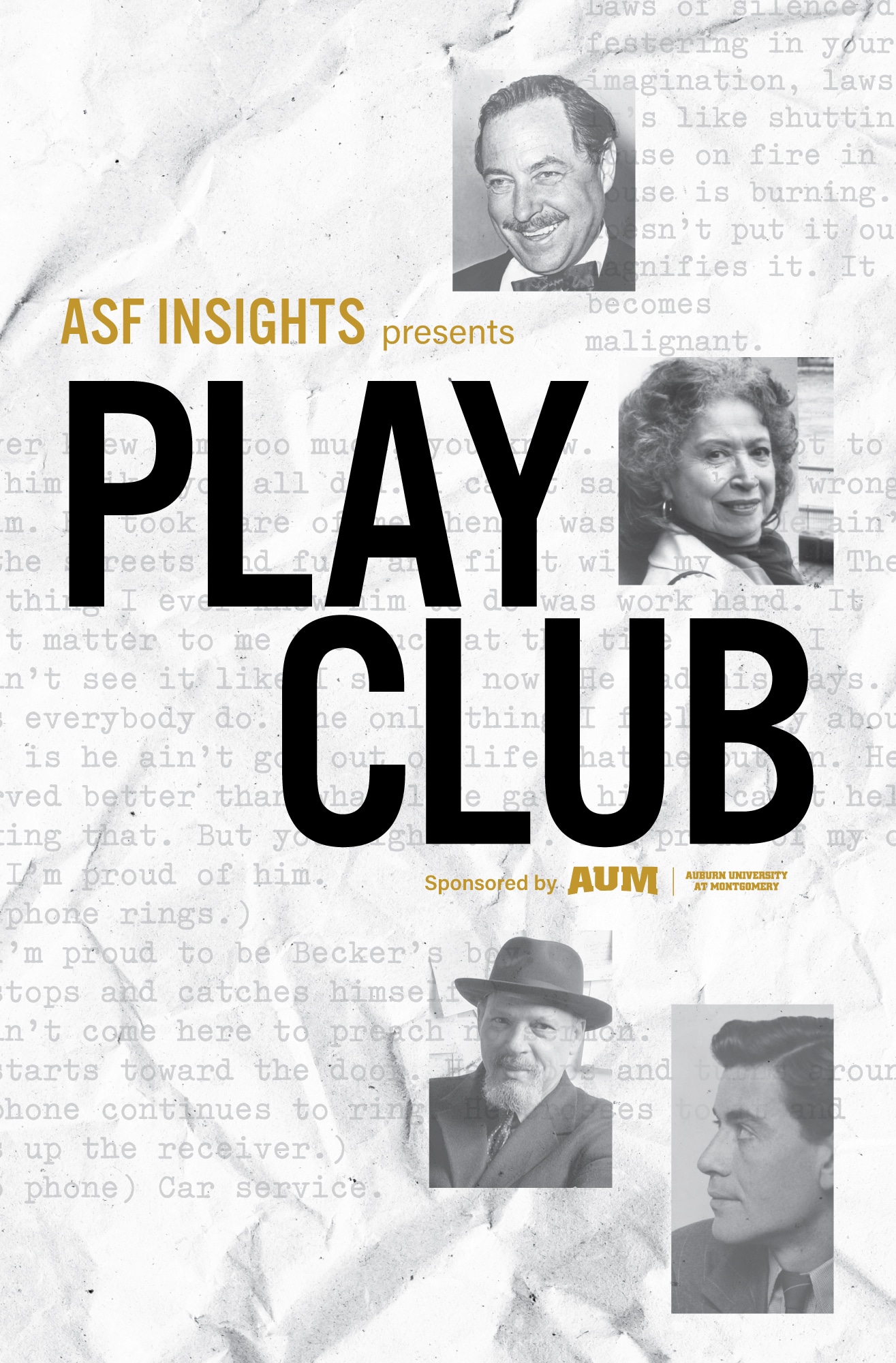 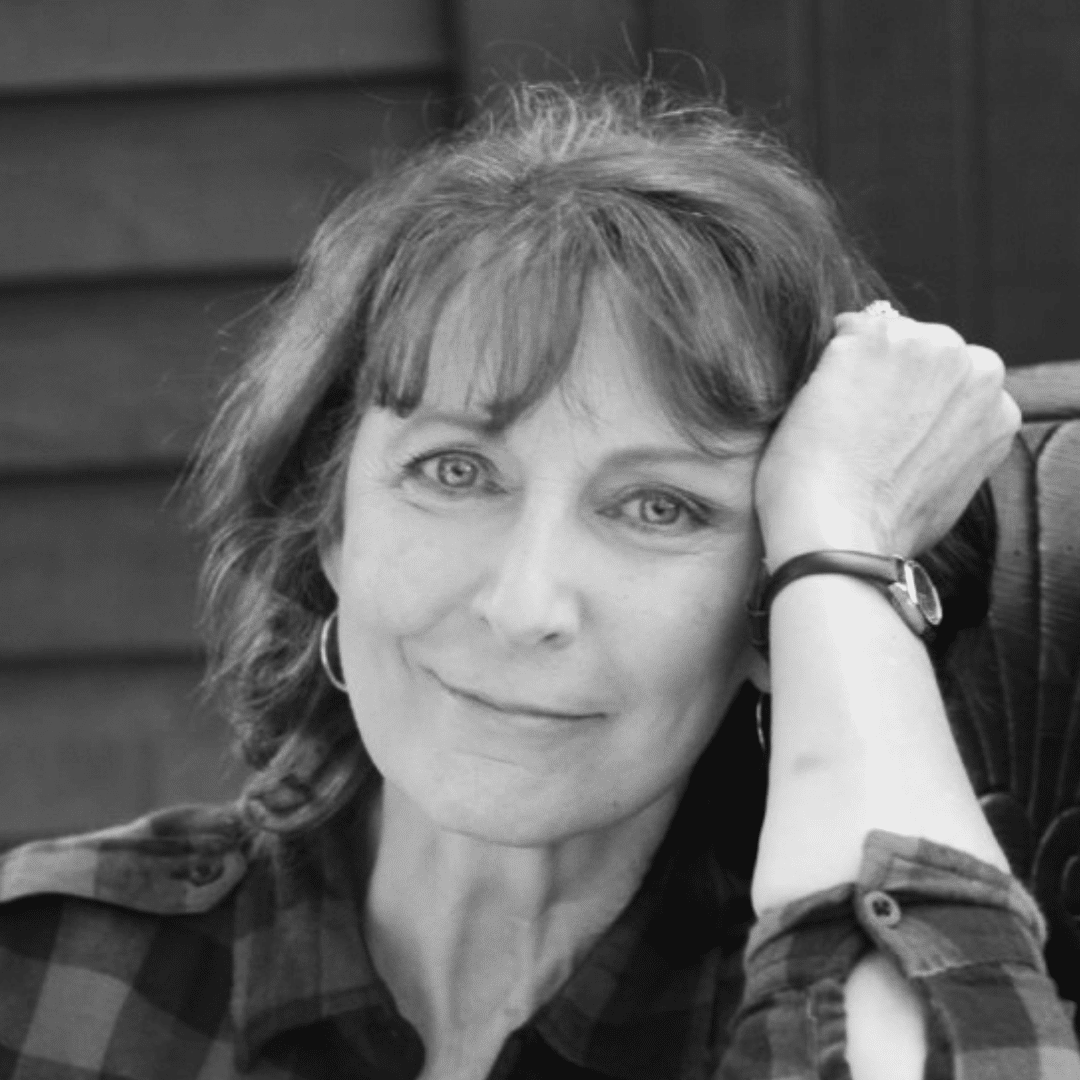 The Trip to Bountiful

Greta Lambert has been an ASF company member for 35 years, playing most of Shakespeare’s women, Ivy Rowe (Fair and Tender Ladies), Amanda (The Glass Menagerie), Shirley Valentine, Dottie (The Furniture of Home), Truvy (Steel Magnolias), Linda (Death of a Salesman), Blanche DuBois, Hedda Gabler, Sarah Bernhardt, and Eliza Dolittle. ASF directing: Much Ado About Nothing, Two Gentlemen of Verona, Comedy of Errors, As You Like It, Romeo & Juliet, Twelfth Night, A Midsummer Night’s Dream, Macbeth, Proof, Relative Values, Beauty & the Beast, Cinderella, and The Best Christmas Pageant Ever. 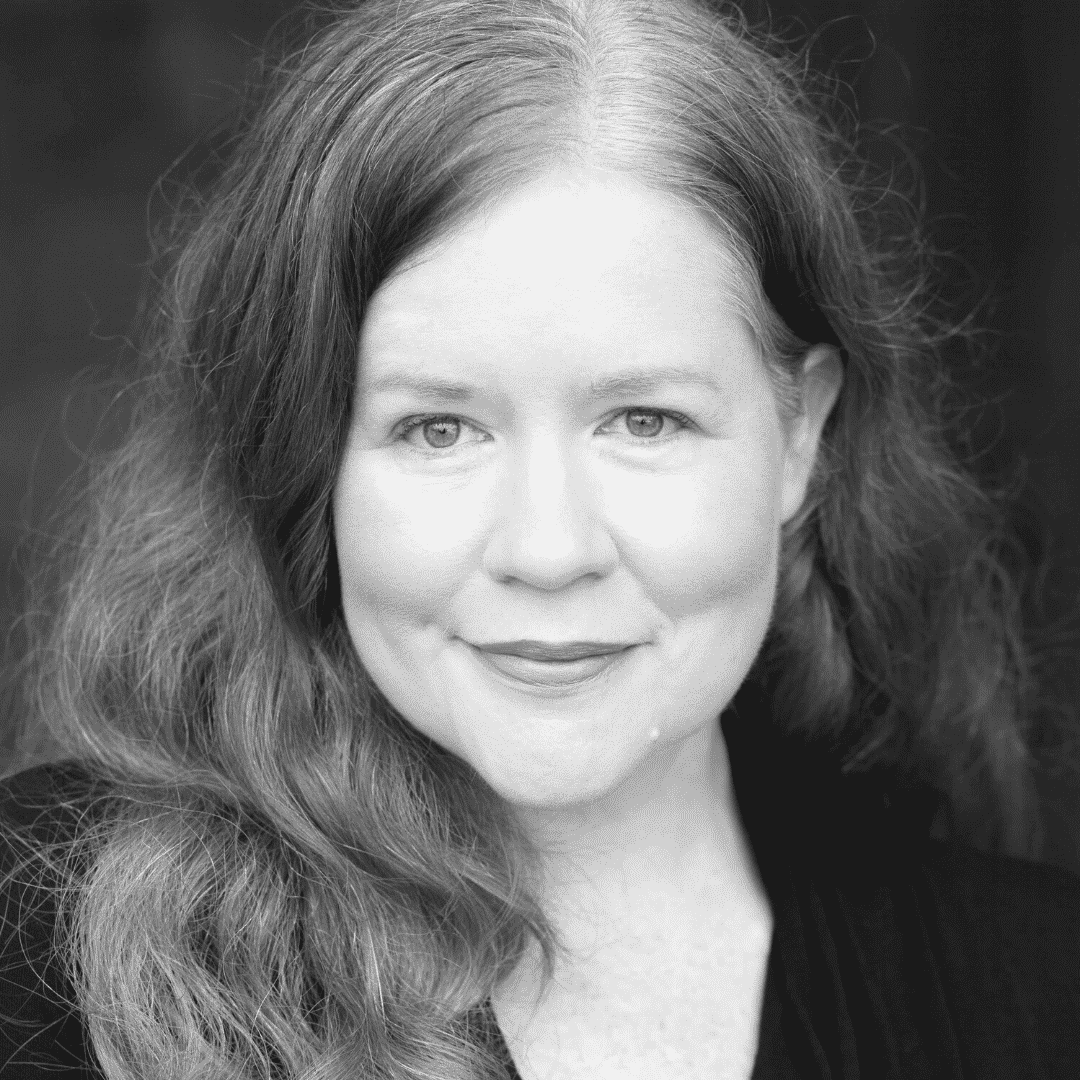 The Trip to Bountiful

Elyzabeth Gregory Wilder’s plays include Gee’s Bend, Fresh Kills, The Flagmaker of Market Street, The Furniture of Home, White Lightning, Provenance, and Everything That’s Beautiful. Her plays have been produced at the Royal Court (London), Alabama Shakespeare Festival, Denver Center, Cleveland Play House, KC Rep, Northlight, the Arden, B Street Theatre, and Hartford Stage, among others.

Her one act, Santa Doesn’t Come to the Holiday Inn was featured in the Marathon of One Act Plays at the Ensemble Studio Theatre. Elyzabeth is the recipient of the Osborn Award given by the American Theatre Critics Association and is a graduate of the dramatic writing program at New York University.

In 2018, Elyzabeth traveled with Alabama Shakespeare Festival on their State of the South tour where they hosted town hall discussions in 12 cities throughout the South as they explored the changing face of Southern identity. The project culminated in a documentary and was featured in the New York Times. Elyzabeth is the current Tennessee Williams Playwright-in-Residence at Sewanee: The University of the South where she teaches playwriting. 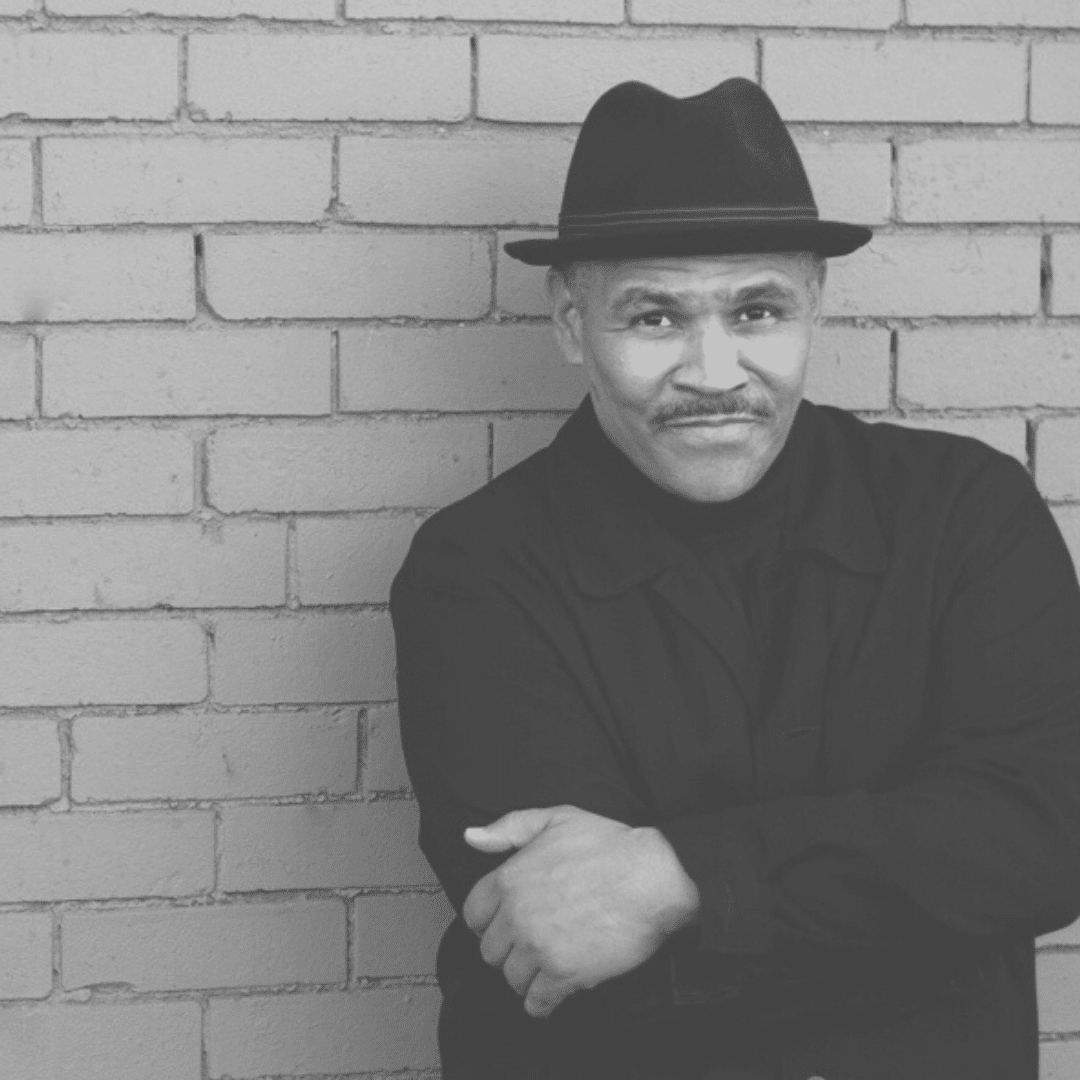 Ron OJ Parson hails from Buffalo, New York, and is a graduate of The University of Michigan’s professional theatre program. He is a resident artist at Court Theatre, former co-founder and artistic director of Onyx Theatre. Recent Directing credits include Gem of the Ocean, by August Wilson, at Court Theatre, Sunset Baby by Dominique Morisseau, Timeline Theatre, The Who & The What by Ayad Akhtar (Victory Gardens Theater); Seven Guitars by August Wilson, The Mountaintop by Katori Hall, and Waiting For Godot by Samuel Beckett (Court Theatre); Detroit 67 by Dominic Morisseau (Northlight Theatre); A Raisin in the Sun by Lorraine Hansberry (TimeLine Theatre, associate artist). 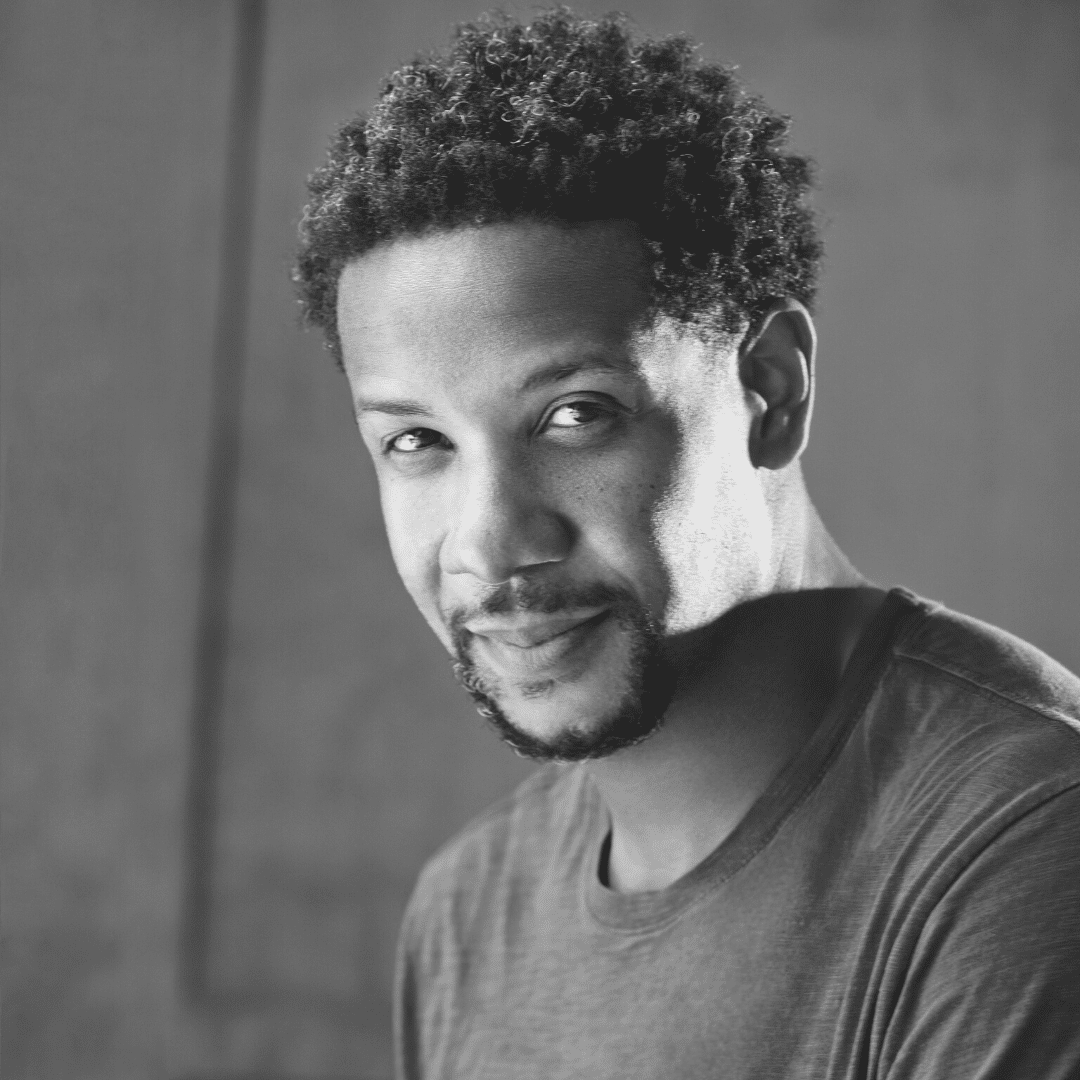 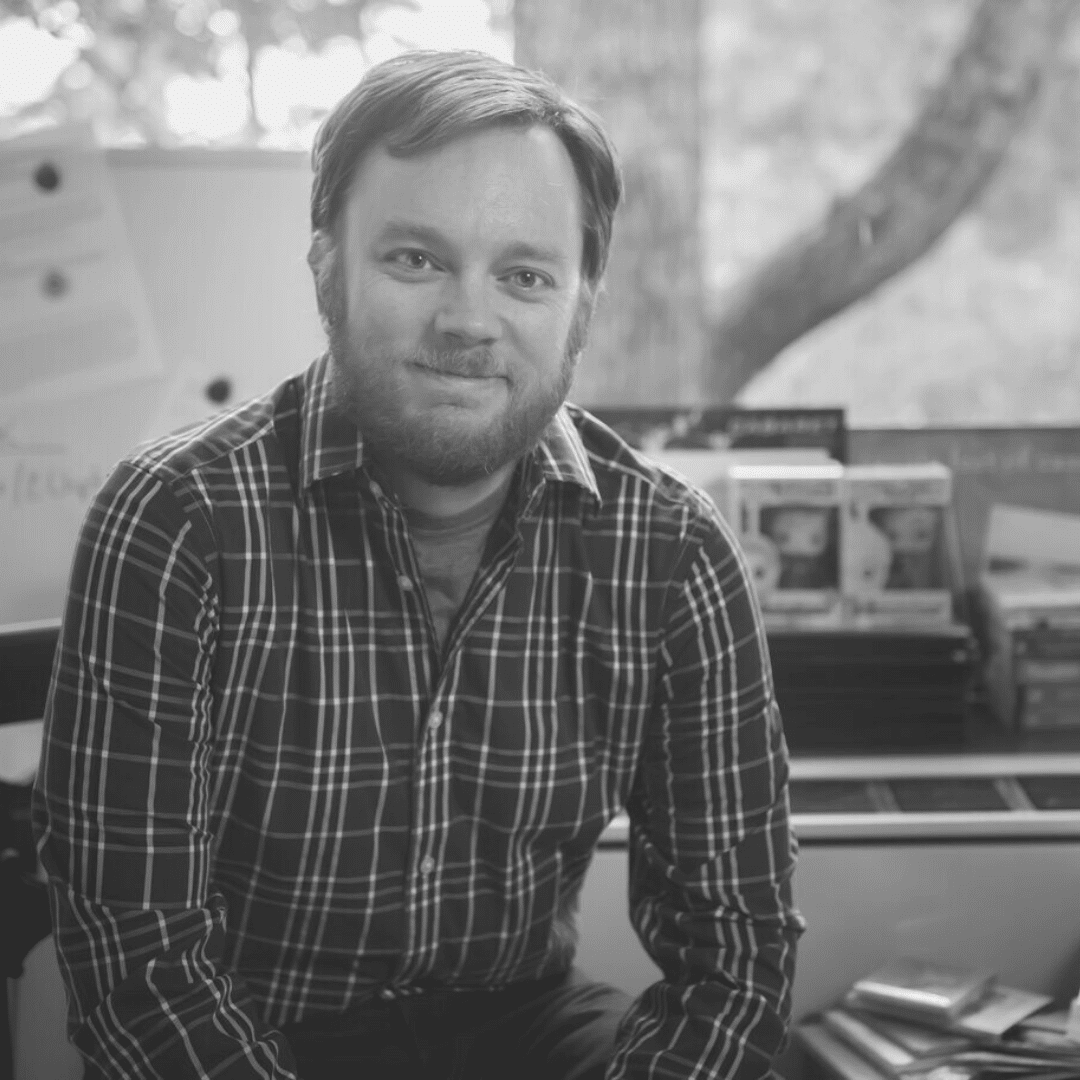 Cat on a Hot Tin Roof

Chase Bringardner is a professor in the Department of Theatre and head of the Bachelor of Arts (BA) Program at Auburn University. He graduated from the University of Texas at Austin with a Ph.D. At Auburn, Dr. Bringardner teaches a wide range of courses including Introduction to Theatre for majors and non-majors, Dramaturgy, Senior Capstone, Musical Theatre History, as well as a selection of junior and senior-level seminars with topics ranging from Performance Theory/Performance Art, Southern Drama, Dreamscapes, Docudramas, and Disney: Popular Entertainments and the Construction of Meaning.

Dr. Bringardner specializes in the study of popular entertainments (such as medicine shows and musical theatre), regional identity construction, and intersections of race, gender, and class in popular performance forms. His current book-length project details the socio-cultural history of the Fabulous Fox Theatre in Atlanta and both its complicated relationship with the city and its role in larger narratives of regional and national theatrical/performance histories.

Additionally, he has directed and acted in many musicals at Auburn and beyond, including Assassins, 9 to 5, Cabaret, Hair, and Jesus Christ Superstar. He is originally from Atlanta, Georgia, and attended Davidson College in Davidson, North Carolina, as an undergrad. In his spare time, he enjoys all elements of popular culture and is often found in front of a screen or stage of some sort or engaging in conversation on a wide variety of subjects from The Simpsons to Friday Night Lights to Alfred Hitchcock or Disney. 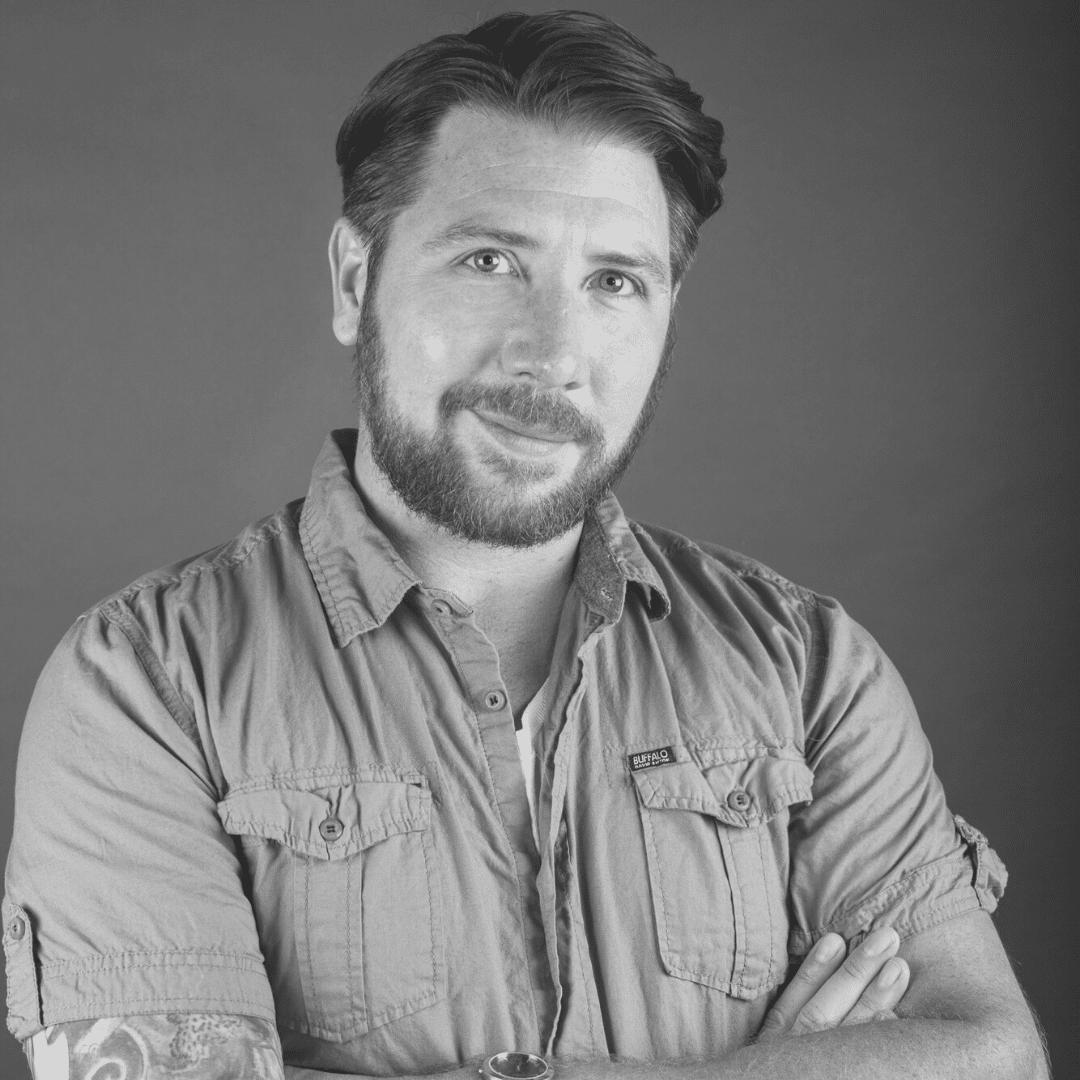 Cat on a Hot Tin Roof

Mississippi native Topher Payne has been working in Atlanta theatre as an actor, director, and playwright since 1999. He is the author of over 20 plays, including Perfect Arrangement, which premiered Off-Broadway in 2015. Topher is a seven-time nominee and three-time winner of The Gene-Gabriel Moore Playwriting Award and was the recipient of the 2016 Suzi Bass Award for Best World Premiere for Let Nothing You Dismay. Readers of Creative Loafing have named him Atlanta’s Best Local Playwright for the past eight years, and he was selected as one of “Ten Playwrights You Should Know” by Southern Theatre magazine.

He began writing for television in 2016, and has scripted five films for The Hallmark Channel. Topher is a proud member of the Dramatist’s Guild of America, and both the Canadian and American Writer’s Guilds. He is a founding board member of The Jo Howarth Noonan Foundation for the Performing Arts, which provides continuing professional development for female theatre artists over the age of 40. In 2018, Topher was inducted into The Georgia Theatre Hall of Fame. 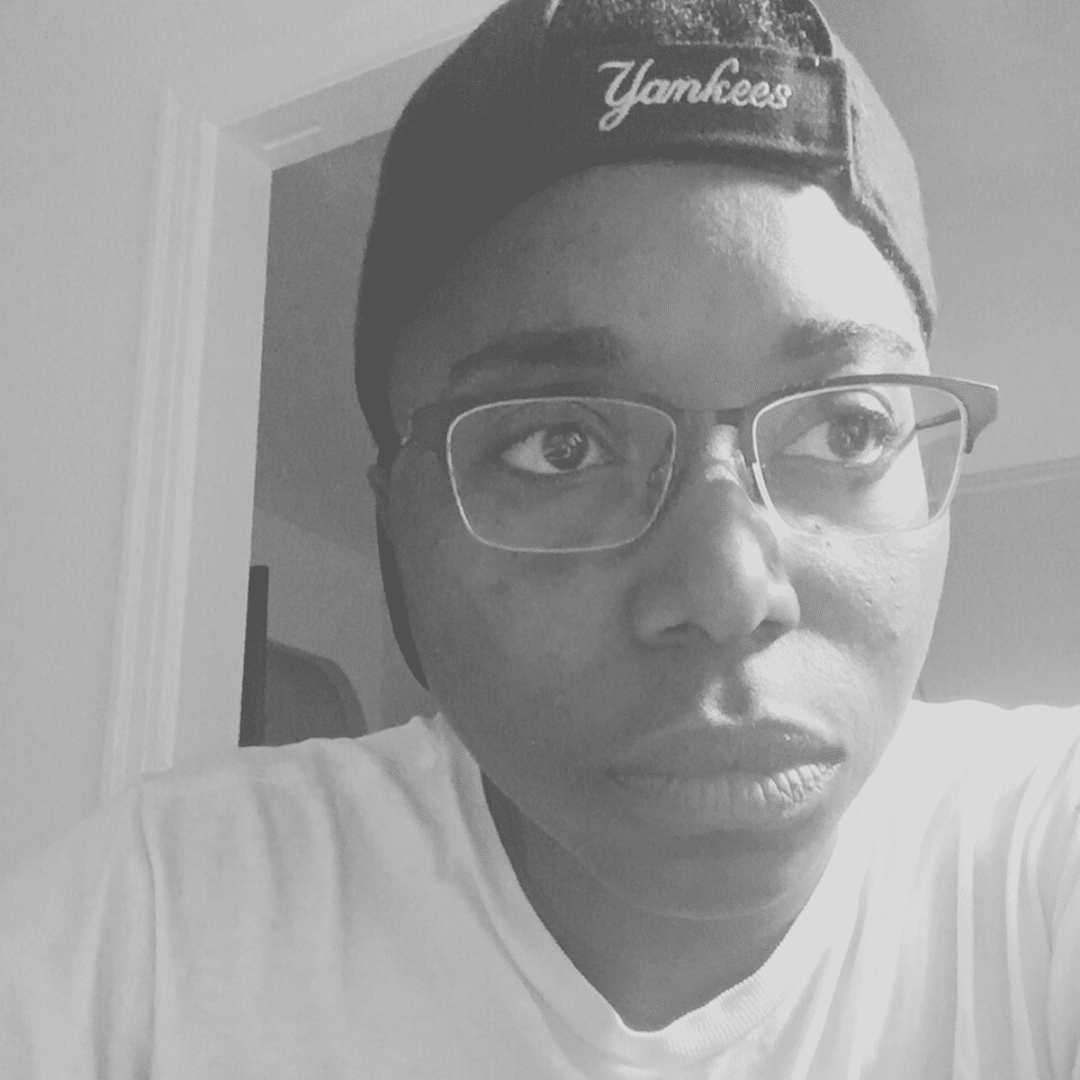 Donnetta is currently under commission from Steppenwolf, The Denver Center for the Performing Arts, Alabama Shakespeare Festival, and WP Theater. Donnetta is also an accomplished and award-winning actor. 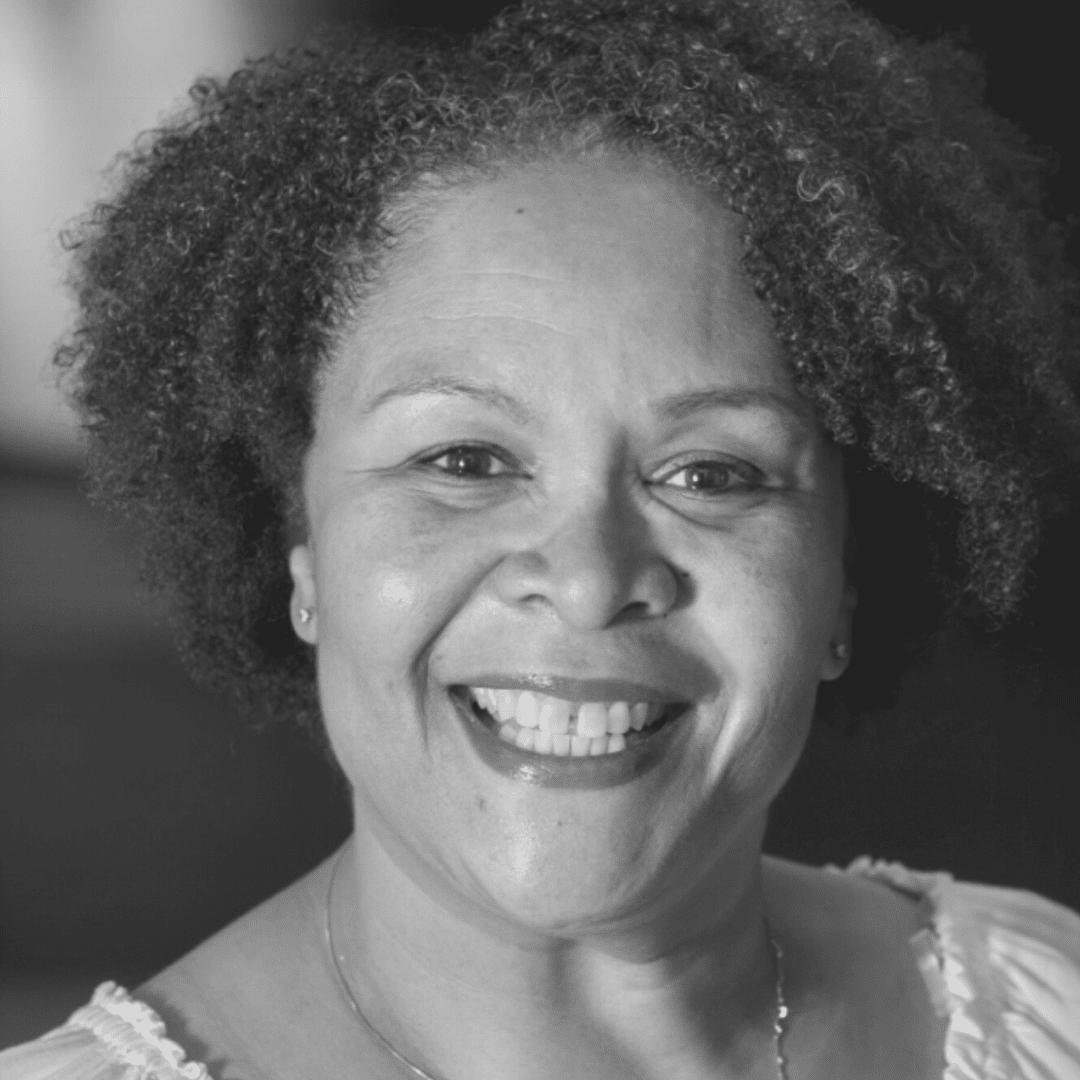 Joy Vandervort-Cobb, currently Associate Artistic Director at PURE Theater in Charleston, SC, was the Associate Professor of African American Theatre and Performance at the College of Charleston for 25 years. Joy began her career in theatre more than 50 years ago as an actress with the Freedom Theatre in upstate New York. Her directing credits include national tours of Jackie, Vi, & Lena; My Soul is a Witness; Black Broadway; MAHALIA; From the Mississippi Delta (first national); Dreamgirls; Purlie and for colored girls who have considered suicide when the rainbow is enuf.

Regionally, her work has included productions of the world premiere of Boston based playwright Patrick Gabridge’s Chore Monkeys; OIL; Airline Highway; King Hedley II; Ma Rainey’s Black Bottom, and Fences. She has served as Assistant Director on national tours of Little Shop of Horrors and One Mo’ Time and as production stage manager on national touring productions of Sophisticated Ladies (where she met her husband) and Ain’t Misbehavin’.

Joy, a Core Ensemble member with PURE Theatre in Charleston, SC, for the past nine years, recently performed the role of Esther in Randy Neale’s beautifully wrought take on the Detroit riots in 1967 in Last Rites, Cynthia in Lynn Nottage’s Sweat, and the cantankerous but wise Scottie in Steven Dietz’s This Random World. Other roles include Polonius in Hamlet, the Soothsayer in Antony and Cleopatra, the melancholy Jaques in As You Like It, and Prospero in The Tempest as part of the Shakespeare Project in residence at the College of Charleston. A true lover of language, Joy waxed dramatic as Hecabe in Euripdes’ The Trojan Women on the mainstage at the College of Charleston and also in the inaugural V-DAY Celebration of The Vagina Monologues. On television, she guest-starred in the Emmy Award-winning CBS series “The Inspectors” and played multiple characters over the years in the very popular Lifetime Channel/Touchstone Television series “Army Wives.”

Joy presently makes her home on James Island, SC. She has two adult children, one grandchild, and the same husband she met on a national touring bus in 1984.

ASF Insights is sponsored by Auburn University at Montgomery.