From its founding in a high school auditorium in Anniston in 1972 to its designation as the State Theatre of Alabama in 1977 to the stunning $21.5 million performing arts complex in Montgomery (built in 1985), ASF has been a leader in the performing arts throughout the state, region, and country. As a beloved Alabama arts institution, ASF broadens the cultural identity of the South by producing classics, Shakespeare, contemporary plays, musicals, theatre for young audiences, and exciting new works. Since its inception, ASF has provided education programs to more than one million students; annually, SchoolFest, a student-matinee program, presents high-quality theatrical experiences to nearly 35,000 students.

STAFF
BOARD
WORK WITH US 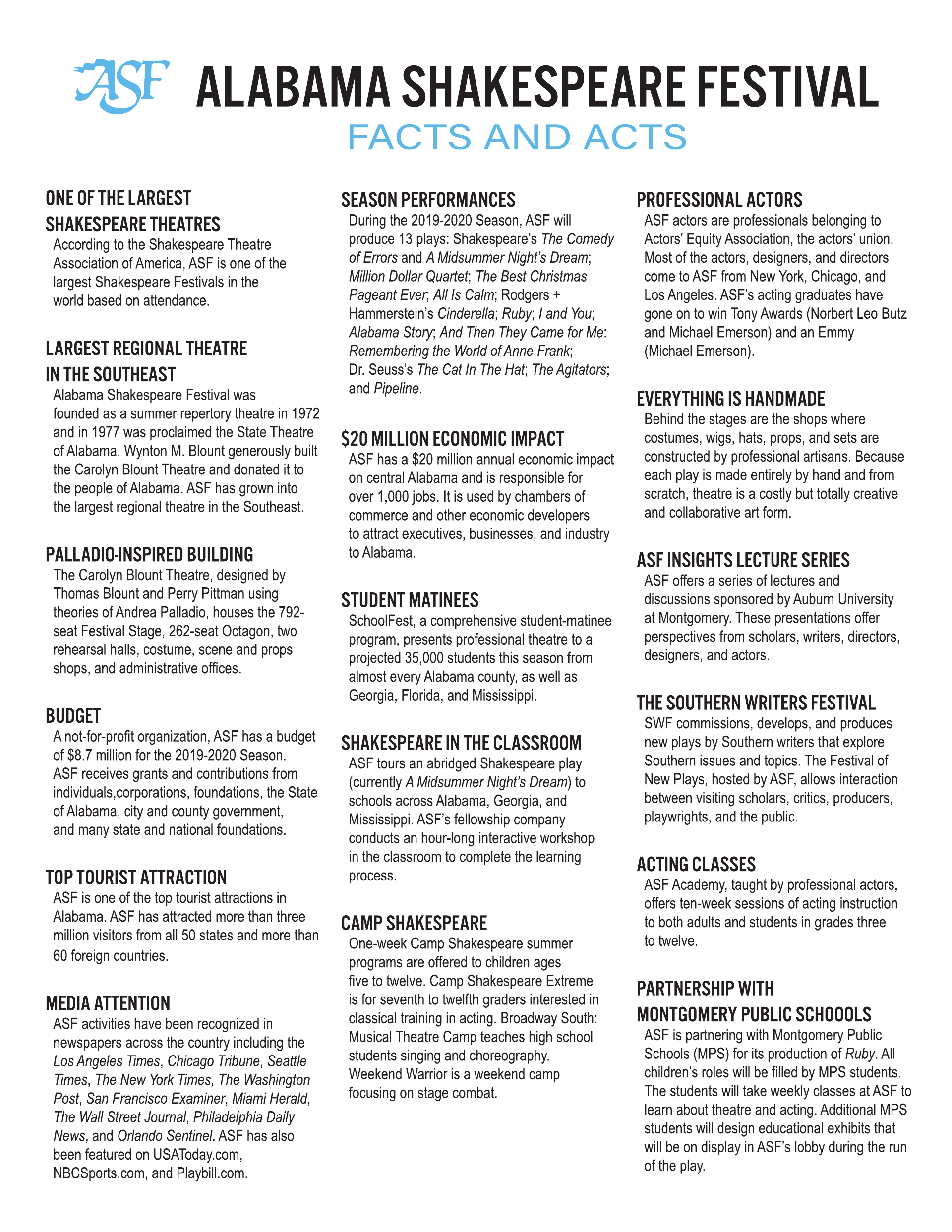